Interviews Will Disappear In:

Welcome to Day Three of the Rape and Resilience – Surviving Sexual Abuse and Rape summit.

I am your host, Lois Wagner. 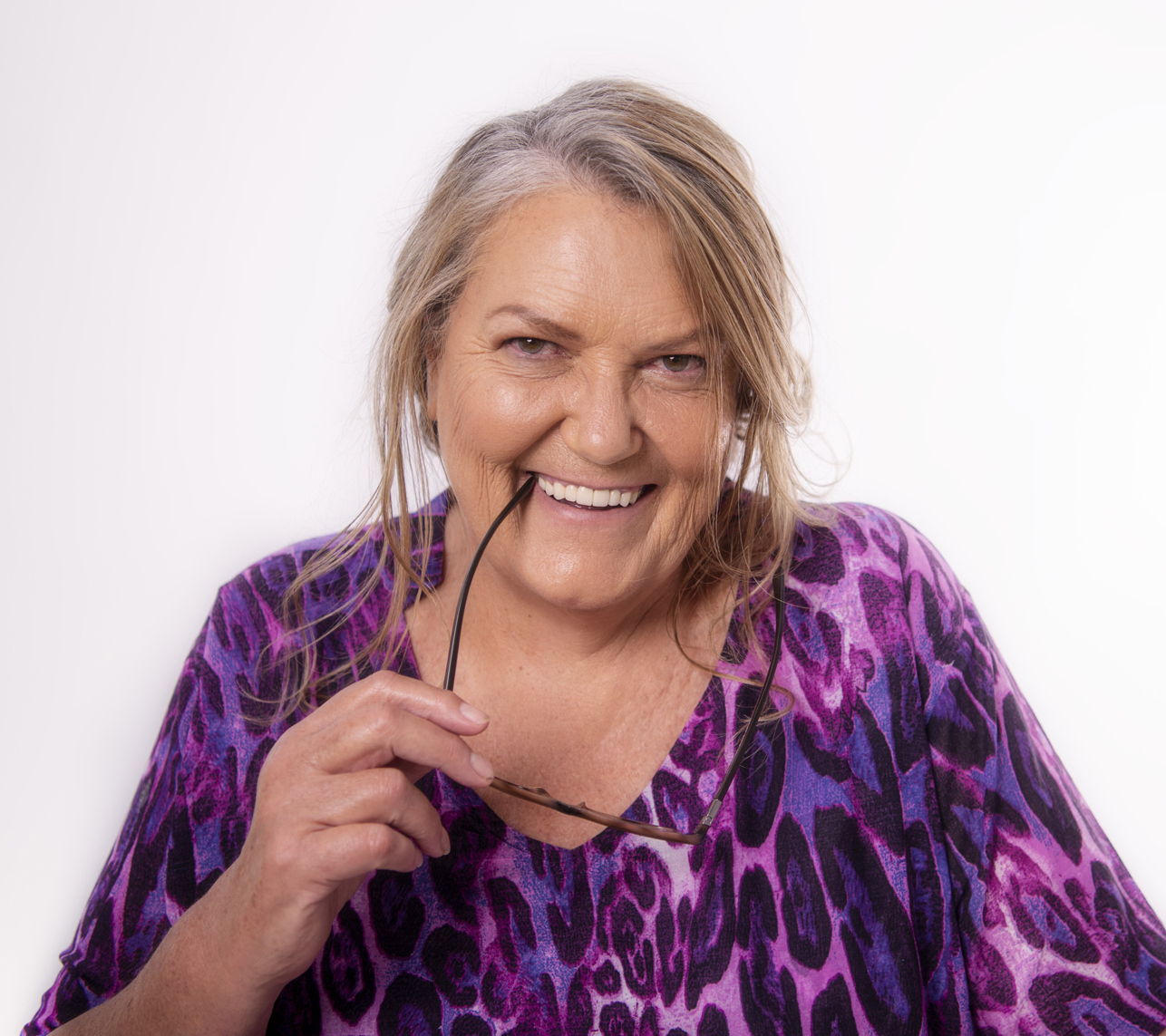 To have lifetime access to all of the recordings, you can purchase them below. 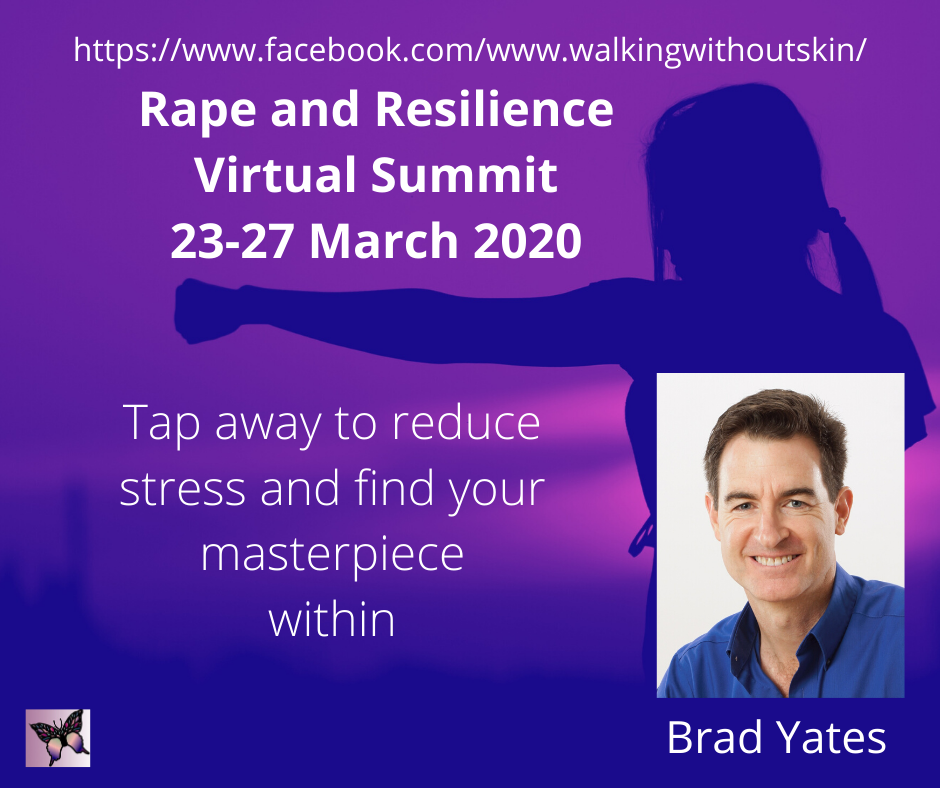 Brad Yates is a speaker, coach, author and YouTuber.  Primarily using EFT/Tapping, he helps people shift their mindset so that they can feel better, do better and live better. He is known internationally for his creative and often humorous use of Emotional Freedom Techniques (EFT). Brad is the author of the best-selling children’s book “The Wizard’s Wish,” the co-author of the best-seller “Freedom at Your Fingertips,” and a featured expert in the film “The Tapping Solution,” He has also been a presenter at a number of events, including Jack Canfield’s Breakthrough to Success, has done teleseminars with “The Secret” staring Bob Doyle and Dr. Joe Vitale, and has been heard internationally on a number of internet radio talk shows.  Brad also has well over 900 videos on YouTube, that have been viewed over 27 million times. 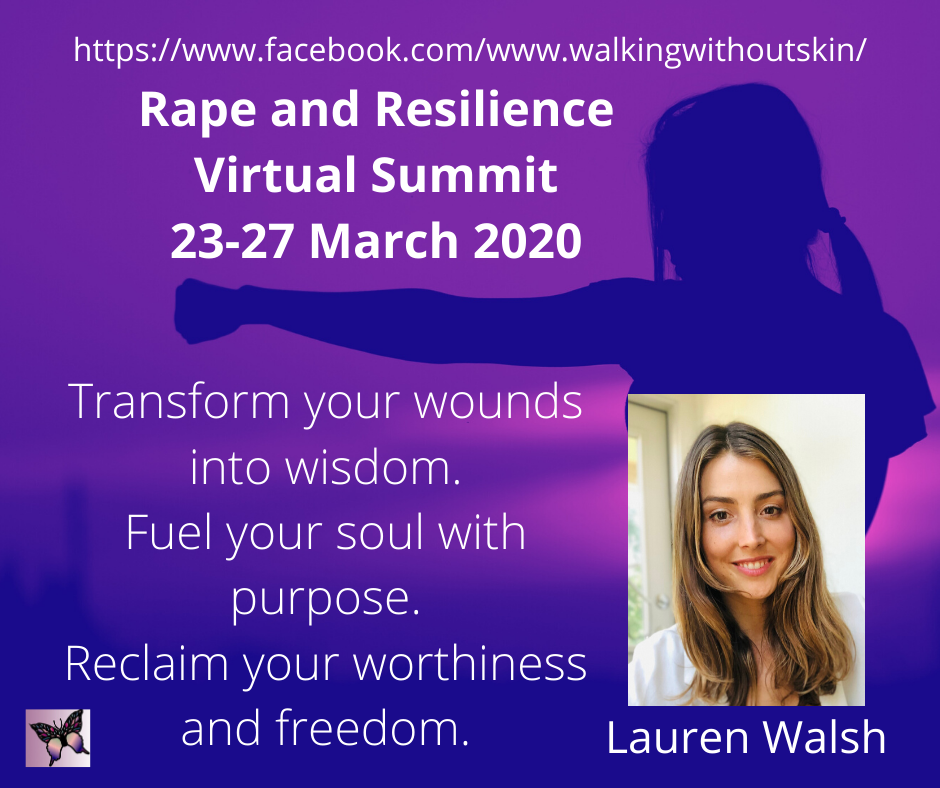 Lauren Walsh is the CEO and Founder of Global Sisterhood, a platform for rising women and a movement of sister circles around the world in over 120 countries providing space, guidance, and practices for women everywhere to cultivate emotional freedom and live in their power. Lauren’s expertise is fuelled by her experience of transforming her trauma into service, leading her to the amazon and into the halls of the UN.  Her passion is to help restore the balance between masculine and feminine in the world by helping women collectively shed the wounds of the past and step into a new time of freedom and feminine power. Lauren is the creator and facilitator of the 7-week program, Wounds to Wisdom, which has led hundreds of women from emotional pain to freedom and purpose. 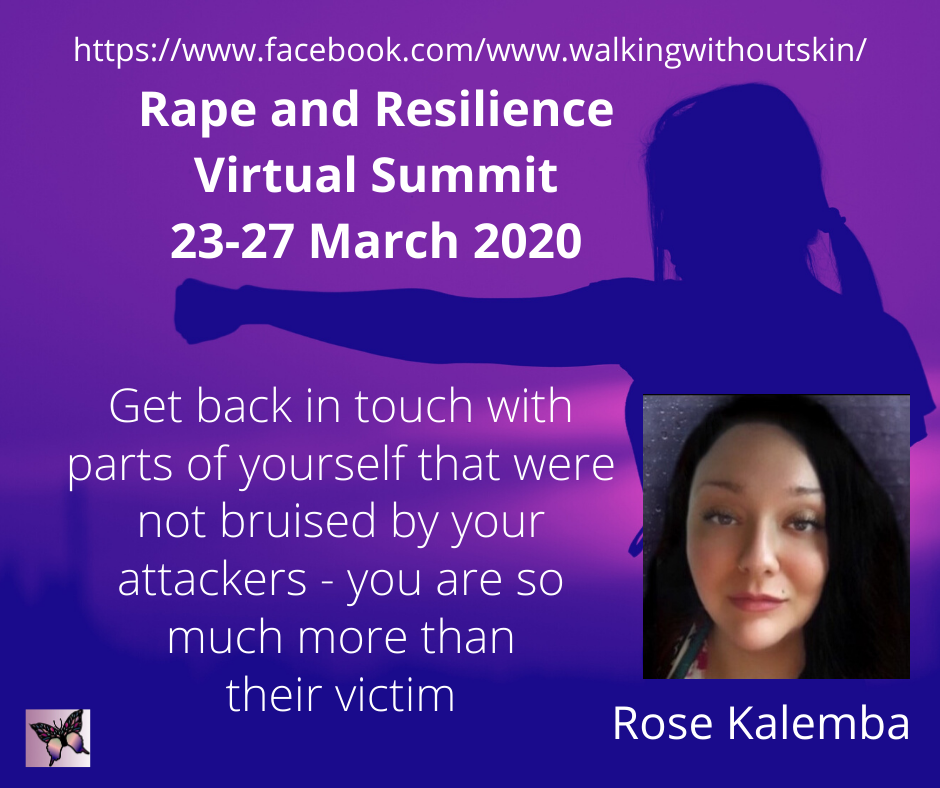 “The most powerful weapon of a rapist is our silence.” Rose Kalemba is working on her first book which will detail how she was able to feel whole again after enduring years of sexual abuse as a child- including an assault which was viewed by millions on PornHub when she was 14 years old and then was read about by millions more when her story was published in over 41 languages by BBC World News. She is passionate about fusing her research surrounding the biochemistry of the human body with traditional holistic therapies to heal both the body and mind. She is working on a comprehensive recovery program for survivors, and updates about her program will be posted on her social media later this year. 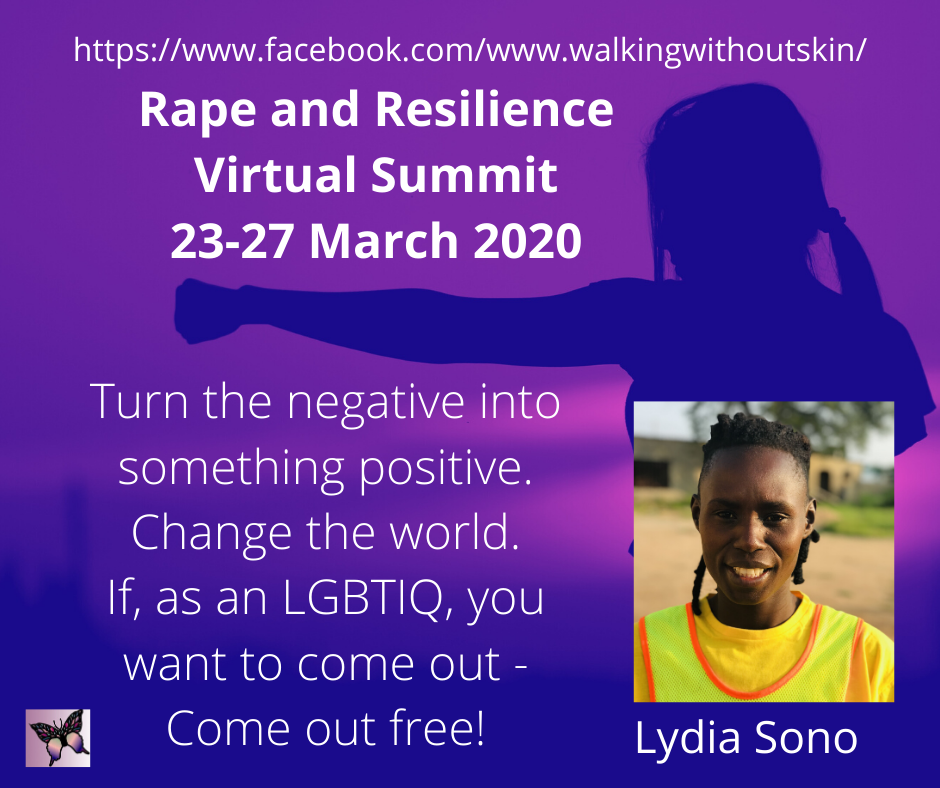 Lydia Sono is a young black lesbian “corrective” rape survivor. Her and her girlfriend were both raped in front of their seven-year-old daughter. They were told they had deserved to be raped because there was no space for them in the community. After a bout of alcohol abuse, depression, and parasuicide, Lydia discovered strength in sharing her experience and founded a support group for young LGBTIQ people in her community in Mpumalanga. She is now a feminist activist, community builder, humanitarian award winner, and the founder of the triple three movement. 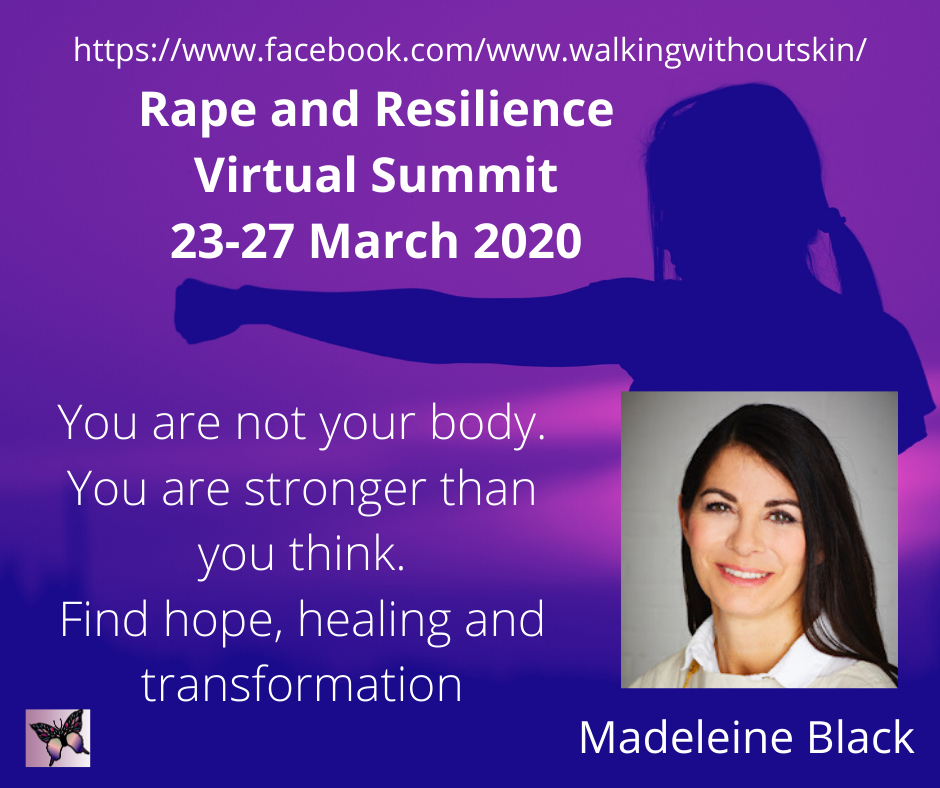 Speaker, Author, Story Healer and psychotherapist. Gang raped at thirteen, and raped three more times before she was 18, Madeleine Black now speaks out about rape after sharing her story online. She has written her memoir Unbroken which shares her journey of survival, healing, forgiveness, transformation and hope. She speaks out to end the shame, stigma and silence surrounding sexual violence and to help others find their courage and voice too 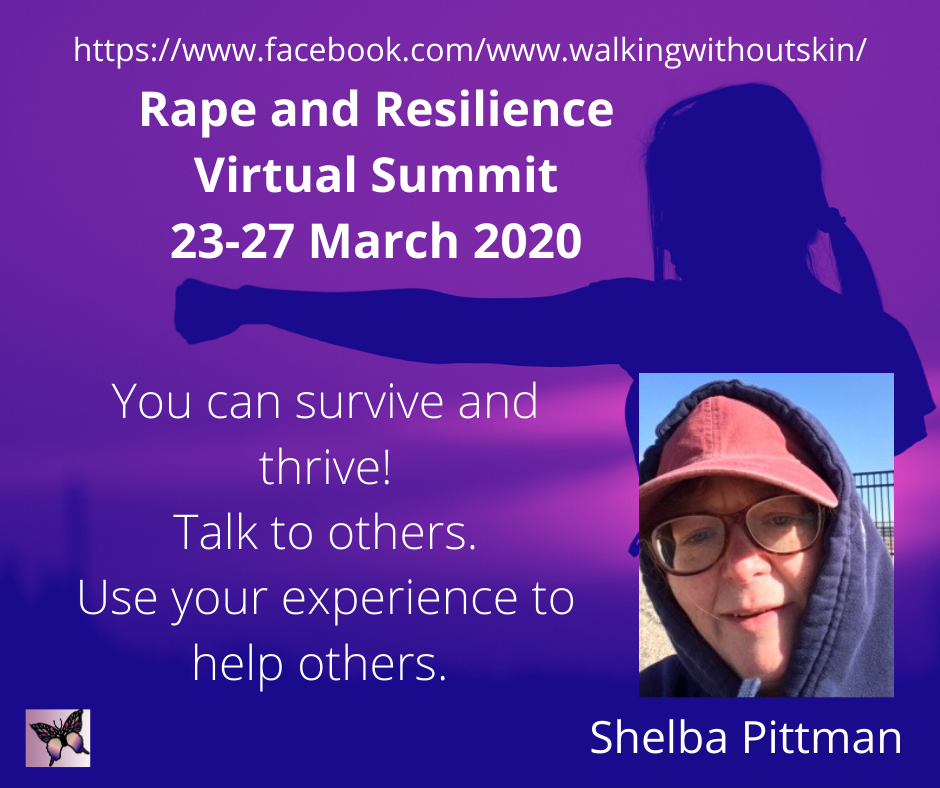 Shelba Pittman is a survivor of childhood sexual abuse by her stepfather and stepbrothers. This abuse started when she was five years old and she was threatened into silence Shelba is an aspiring writer and makes jewellery.

Free give away: Bookmarks – Ask me for a B-String – stands for book string. 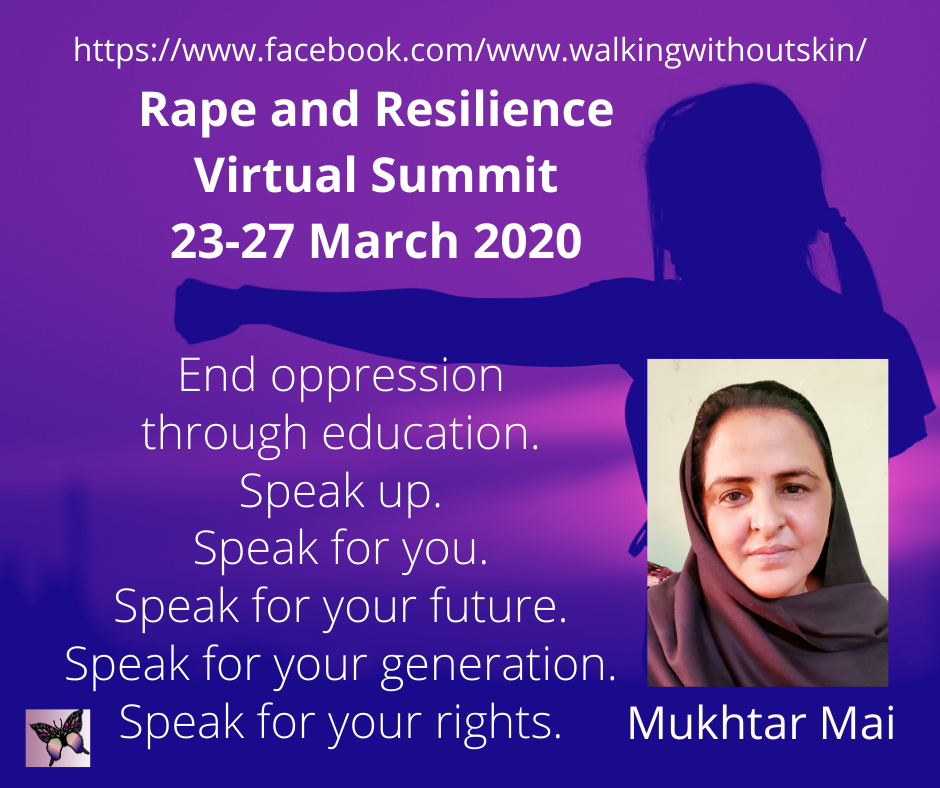 Mukhtar Mai was gang-raped on the orders of a “panchayat” (village council) as an honour revenge because her 12-year old brother was accused of having illicit relations with a woman from a powerful rival clan.  She had done absolutely nothing, but according to the custom, when the wrongdoing of a man is concerned, the woman should take the blame, the fault and the punishment.

Her father was forced to watch.

Rather than kill herself or go into hiding as custom might have expected, she swore she would have justice she pressed charges, and her fight became an international cause that is still continuing.

Mukhtar Mai is now a champion of women’s rights fighting for the rights of not only herself, but of all the Pakistani women living in oppression. She opened the Mukhtar Mai’s Girls Model School, operating under the banner of “ending oppression through education.”

She runs the Mukhtar Mai Women’s Welfare Organization, a safe haven dedicated to helping rape, violence, and abuse survivors in need of assistance. Mukhtar now operates and oversees two girls’ schools, a shelter home for survivors of gender-based violence, and countless other resources for the women of rural Punjab.

Mukhtar Mai’s memoir “In the Name of Honor: A Memoir.” Has been released in a number of different languages under various titles.

Despite her international renown, Mukhtar still lives in fear for her life, and Local tribe members continually aim to thwart her humanitarian efforts.

The rapists were at first sentenced to death but five of them were later acquitted on appeal and another had his sentence cut to life.

And the battle for justice continues… 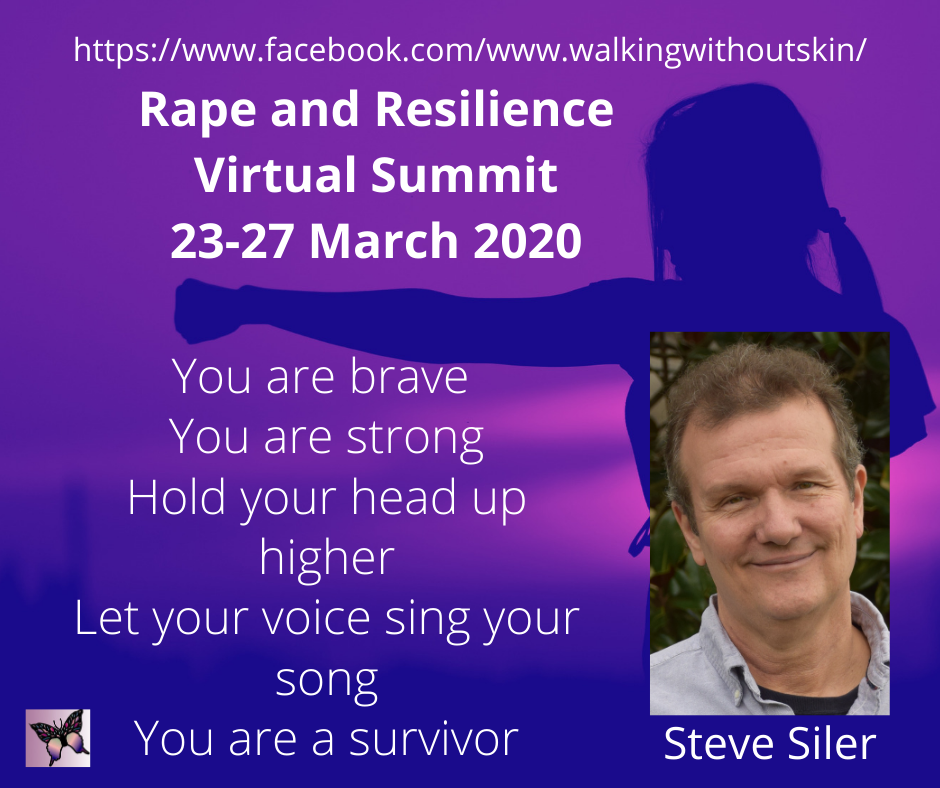 Steve Siler is Director of Music for the Soul, an organization helping people find healing through resources and sharing the truth of human experience and the compassion of Jesus. He is a multi-award-winning songwriter and music producer with 30 years’ experience creating songs that speak to the most difficult issues people face. He has been called “the father of the healing Christian music movement” and Music for the Soul has been called “a treasure box of healing.” 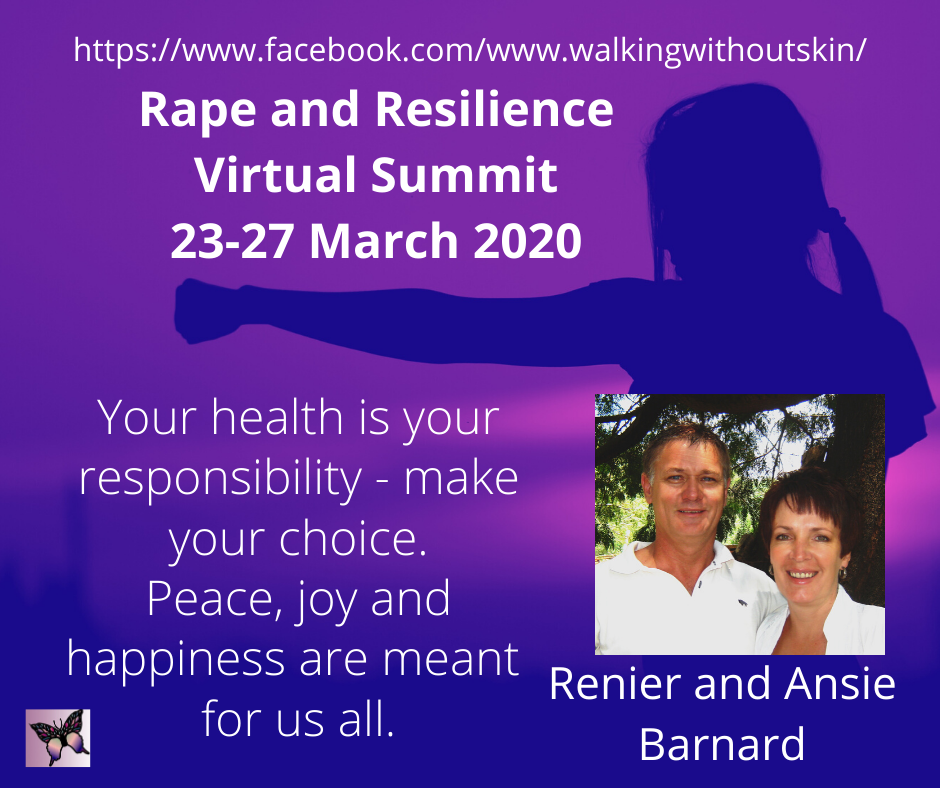 Renier and Ansie Barnard are an ordinary married couple who love to help people fix themselves emotionally, physically and mentally to have peace, joy and happiness again! They have discovered that most people, if not all, are living with fear (False Evidence Appearing Real) without even realising it. Trauma gets stuck as cell memory in the body, which has an impact on emotional and physical wellbeing. With their personal take on energy healing they are able to help anyone with emotional, mental or physical issues get back on the road to peace, joy and happiness.

First five contacts will be screened and treated at no charge, with the condition that we get a testimonial, which may be anonymous if preferred.

To have lifetime access to all of the recordings, you can purchase them below.