My Book as a Cocktail 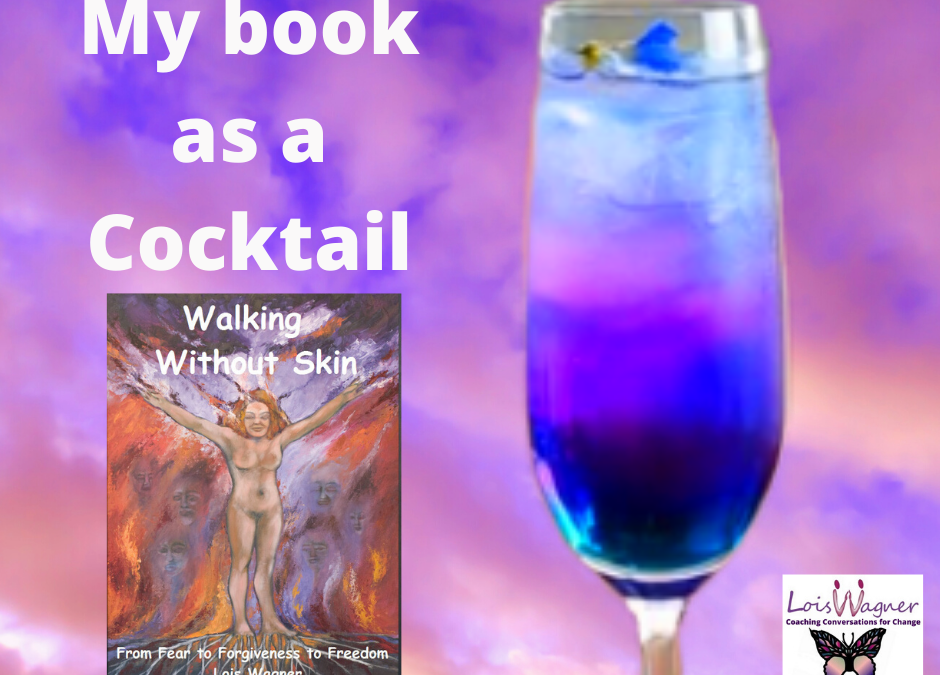 My book as a Cocktail

My journal, started on the night of 30 December 1995, was supposed to become a book 25 years ago.

It was powerful, meaningful, and addressed a topic not spoken about then.

It was raw and revealing.

And after writing for eleven long years, it started dying.

And inside of me.

In 2009 I entered a competition and was not even given feedback.

But even now that I had the perfect conclusion, the perfect ending to my story, I had lost all desire to publish.

Half-hearted attempts to resurrect it several times lead to nothing.

Now in 2020, I have started telling my story in various formats. Short stories, public talks and presentations, training and coaching, summits, and webinars.

I joined the course “Connecting to your creativity and innovation centre” with Lesley Callow.

We had to select any project that we were working on that we had not managed to do or complete.

I chose my book.

Our first exercise was to write a mission statement for our projects together with a few action points.

This part was easy for me as I have been deliberating on this for 25 years.

From Fear to Forgiveness to Freedom

Is a bestselling book worldwide

I have written my book journalling my personal story that supports women who have experienced sexual trauma and inspires them to move from victim to survivor to thriver and beyond.

My book is used as the basis for keynote talks, individual coaching, and group coaching.

I will leave the actions out for now.

Our next exercise was to develop creative thinking.

We had to create a cocktail by answering a series of questions. After that we had to transfer the answers to our projects and then answer the same questions but relating them directly to our projects.

In following this process, I realised just how deep this book was inside of my very being.

I decided the clientele for my cocktail would be omniverts, people see-sawing between quietness and boldness. When it came to describing the readers of my book, it hit me – they would be people who were initially quiet as they struggled with the trauma and then becoming bolder and stronger as they began their healing journey and started to thrive and find freedom – omniverts!

Both my cocktail and my book would be pink and purple with swirls, tall and elegantly presented.

My colour scheme has been shades of pink and purple ever since my darling sister painted this portrayal of me around 1999 and I came up with the concept of the name for the book in 2009.

My cocktail would have a slight bitter/sweet taste and would be refreshing.

Mmm! Sounds like my book. The bitterness and sadness of the trauma and then experiencing the revitalisation and upliftment in my conclusion.

My cocktail would be sipped on throughout the day.

In the same way my book, because I was designing it as part story and part lessons learned, would encourage people to dip in and out of it based on the particular point in their journey.

Naming the cocktail was pretty standard, Purple Rain or Purple People Eater, and naming the book was a given – Walking Without Skin.

But this got me thinking.

A few weeks after I was raped, I had a “happy place” party to reclaim the space where I was attacked. Friends made a vicious cocktail called “Lois’s revenge”. So maybe this should be the name of my pink and purple creation? Of my book?

And then the ideas came tumbling out.

Anyway – many other ideas along different lines then emerged and re-emerged from all those years ago. Ideas that I will revisit as I finally complete this lifelong project.

I am so excited as I fly free from the fear of finishing.