Do you want to eradicate bullying, harassment, sexual, domestic, and gender-based violence?

Do you want to be BRAVE?

B – Boundaries / (not a) Bystander / Balance

Courses start on the first Monday of every second month (or by special arrangement for groups). 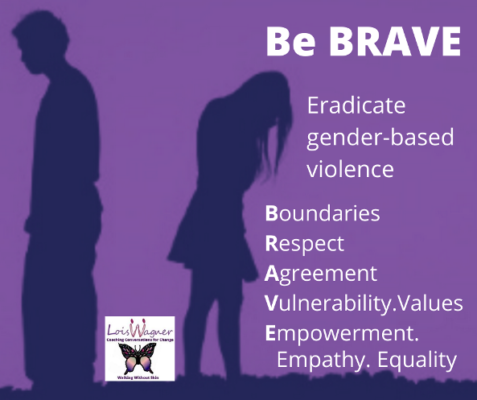 We need to change the way we think and talk

Not all abusers or rapists are strangers. Around 90% of all acts of sexual violence are carried out my someone the victim knows, a family member, neighbour, colleague, or an intimate partner. And ‘date rape’, where a partner has not given consent, is usually not reported as the victim often feels guilty, embarrassed, or judged.

Girls and women don’t want to be told that they can’t drink alcohol or wear a short skirt or revealing top or stay out late at night or walk home in the dark. They don’t want anyone telling them anything about how they should behave, what they should and shouldn’t do. That they should know how to defend themselves and how to prevent violence against themselves.

It is not their responsibility to not be raped.

Having sex with someone who is unwilling, who has not given consent, who is drunk, unconscious, or drugged, is rape.

And most men never abuse or rape!

Most men are moralistic, decent, upright, caring, empathetic, and understanding.

So many men and women, boys and girls, who are not BRAVE !

Men (and women) rape or conduct GBV because they have toxicity and are not BRAVE !

BRAVE boys and men and girls and women have and understand the following qualities: 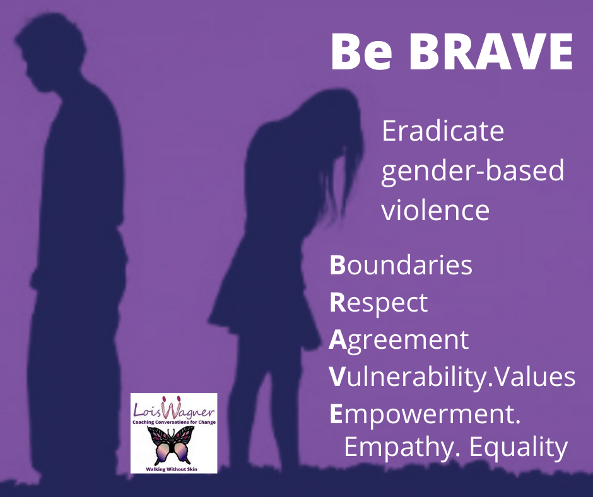 Let us teach men to be BRAVE!

(NB: – When I refer to girls and women who can be raped, please also know that this can apply to boys and men as well)

My wish is that everyone is brave.

BRAVE men do not need to be taught not to rape.

Certain segments of a population are highlighted as being more likely to commit rape. People from certain backgrounds and races. The poor, the uneducated, the drug addicts. Many believe that rapists come from a violent environment, a flawed upbringing, people with a harmful psychological state and negative attitudes towards sex.

India and South Africa are both said to be the rape capitals of the world, that there exists a rape culture in these, and other, countries. And this “culture” is blamed for the high incidences of rape

Men rape – just as they steal or murder.

Men rape because they are not BRAVE !

There is no such thing as a typical rapist. Doctors, lawyers, movie moguls, athletes, and yes, the poor, the uneducated, the drug addicts. People (yes women too) who commit rape come from every sector of the population regardless of economic, ethnic, racial, age, or social group.

If we pigeonhole men into categories it removes the personal responsibility of the rapist’s actions. “Well, what did you expect, he is drug addict from the bad side of town”

I do not understand why this is such a complex and complicated issue.

It is simple. Men should not rape.

Should we teach them not to rape?

Or should we just teach them to be BRAVE ?

We lock our doors to prevent robberies and murders.

Girls and women have been taught since childhood how not to get raped.

This strategy obviously does not work. If it did, we would have eradicated sexual violence by now.